Menu
Log in
Register
Install the app
You are using an out of date browser. It may not display this or other websites correctly.
You should upgrade or use an alternative browser.

Minecraft Maps I Made (Not Adventure Maps)

Hello again. I realized recently that I can't really do too much that I wanted to do since I first got here. It's almost been 2 years since I first joined this site, and all I really have to show is my failures at many server plans. So I decided that for once I'm not making an incomplete idea, but a couple of finished ideas that would be so basic, anyone could use them and do whatever they wanted with them.

To put it simply, using my knowledge of the tools to make custom Minecraft worlds, I have decided to make a couple of worlds that are malleable, allowing many new ideas to form. If one wishes, they could create a server with one, or use them in SSP. I haven't touched these, not a block, so these can be altered in any way possible. 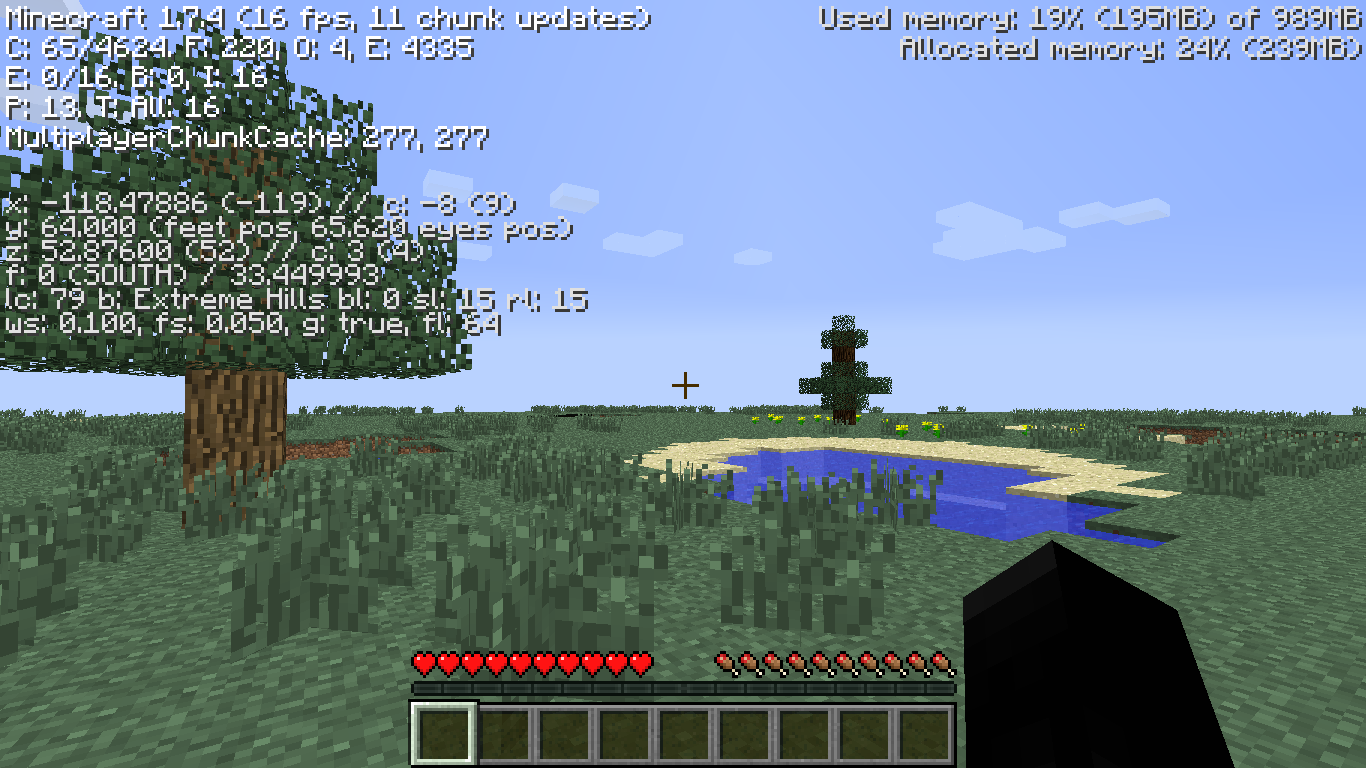 Many of you have seen this from my incomplete attempts at a server. This picture is not from the new world that I made, but they are very similar. The world has plenty of resources to survive, however lacks in the creativity department by having very limited materials. I recommend in SSP allowing one to cheat in some trees and stuff one can't normally get, as there are only Spruce and Oak trees. In a server, One may make stores allowing people to purchase items unavailable normally. 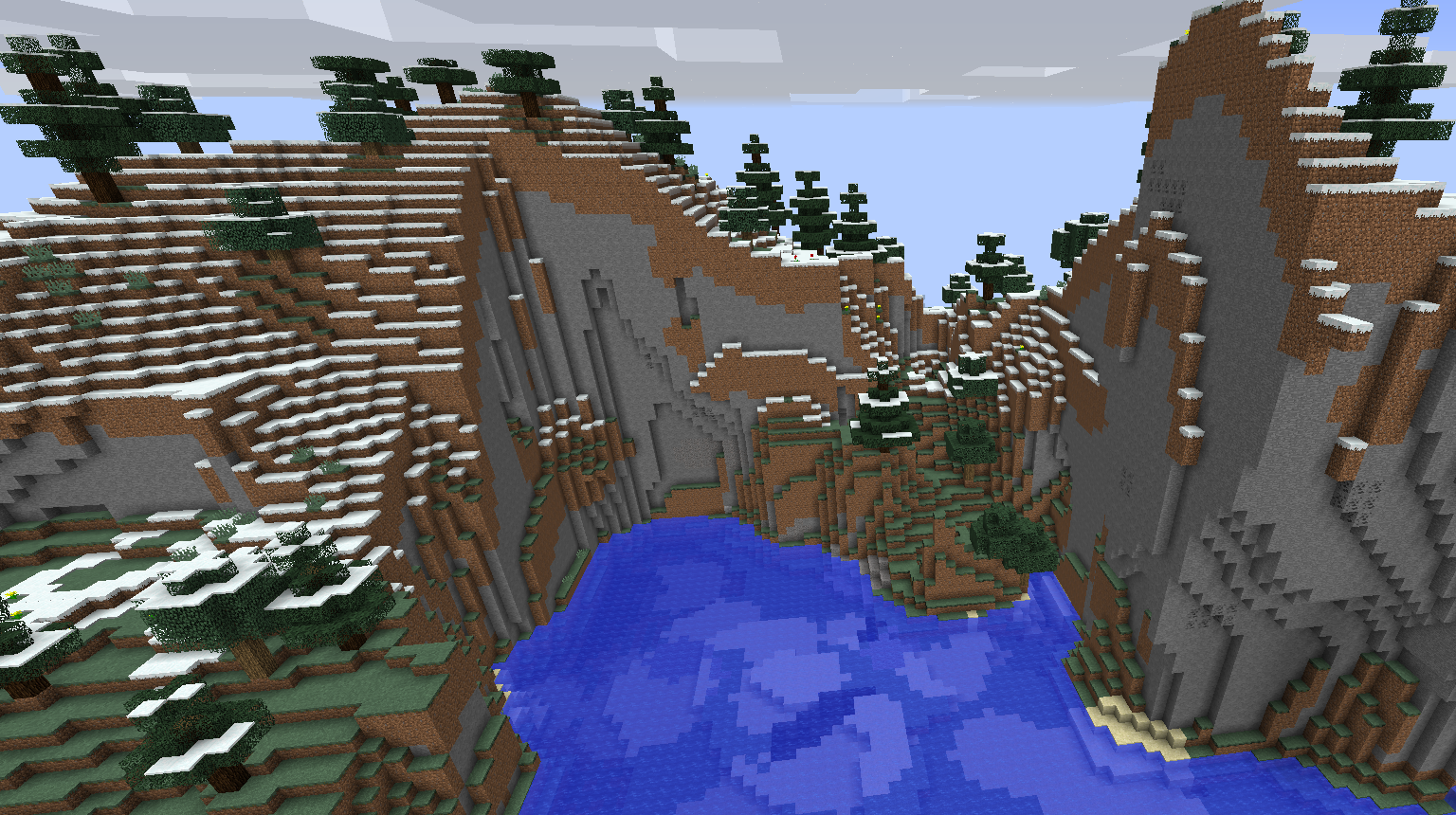 This is another map I had made earlier. This one was based on water travel and large hills. Rivers are everywhere, and land travel can be very tedious and stamina consuming. You can destroy the mountains for flattened land, build on the mountains, or go for sky or water places. Fortresses can be made for PvP here, as the water and mountains provide optimal defense. Once again, the same resources are missing here that are missing in the XHSF, so cheats or stores should be used for optimum creative control. 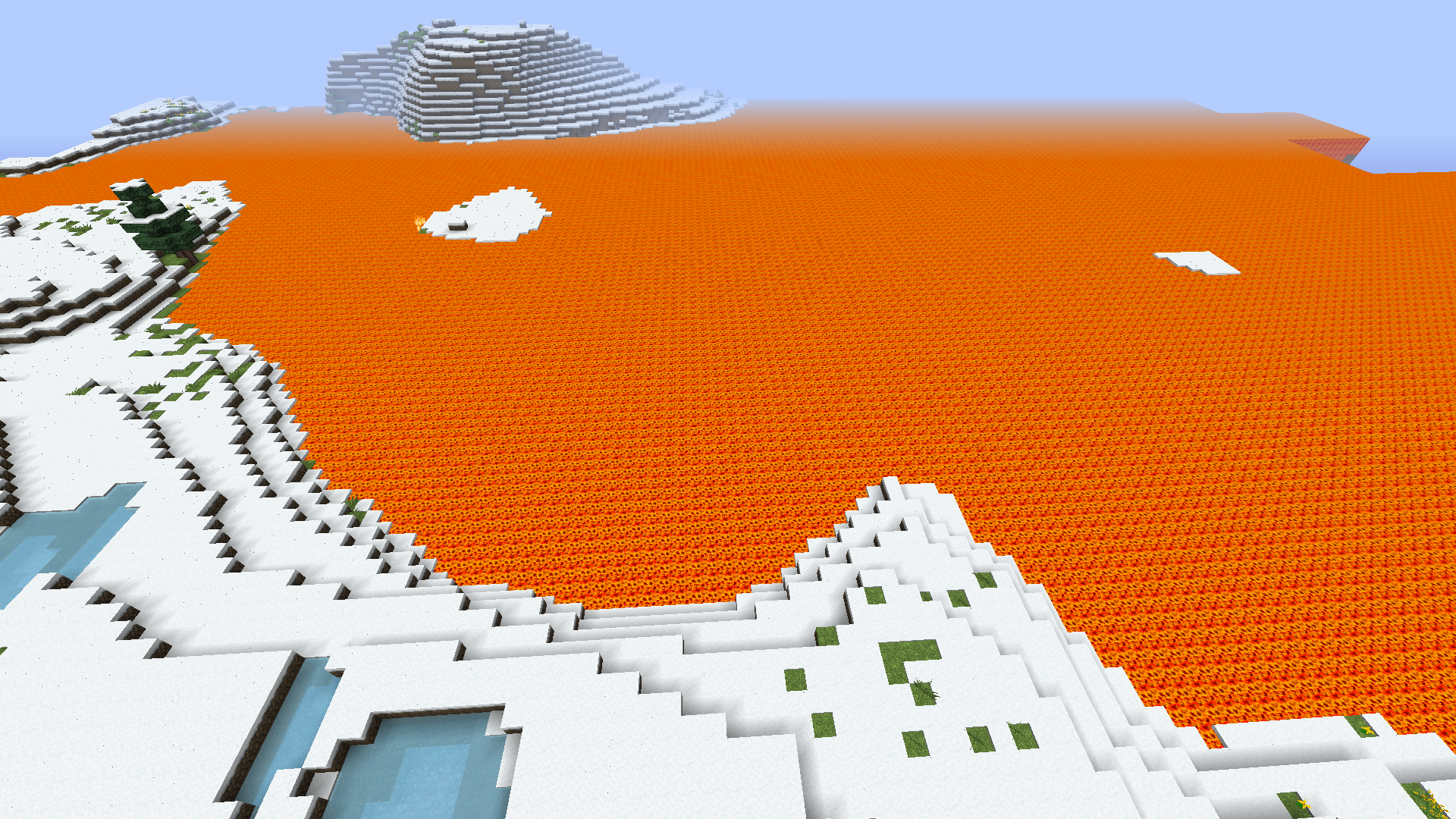 This world is unique in design. Most of the world is filled with lava, and water is highly uncommon. This is great for those who want to make semi-impenetrable fortresses made of obsidian with lava moats, but travel is insanely difficult. This actually has all biomes, so it isn't necessary for block stores or cheats. However, ocean monuments are an ungodly hassle to get to.

You can save them as a zip file, and them upload them for people to download. There are several sites out there like mediafire.

mountainboy965 said:
You can save them as a zip file, and them upload them for people to download. There are several sites out there like mediafire.
Click to expand...

Okay. I knew they had to be in a zip file, but I didn't know where to post them. Thank you.

I made links for the levels I made and added a new one "Lava World". I was gonna make a barren desert, but the game froze when I tried. I'm gonna give it another go though.

Sorry for the self-bump, but I recently have been working on a couple more malleable maps, focused more on challenge. One's like a personal skyblock for multiplayer, but I doubt that I will get that one done correctly. The idea centers around 8 starting islands and a spawn island in the middle that cannot be remodeled except by admins. Although I know it probably won't happen, I thought that it might be fun to do as a temporary Minecraft server on Team9000.

I'm still gonna be working on it for giggles, as well as try to get back on a server to build my castle, but let me know how you feel about this. Who knows, maybe someone would like to have a random skyblock week sometime or something.

Also, should I make a Water World II, Lava World II, XHSF II, ect.? I know probably noone is using these maps, but it would add a little more variety with a similar styling. Or are there any changes I should make, or any ideas on new worlds?
You must log in or register to reply here.
Share:
Share
Top